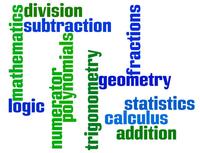 NUMBER SENSE
1. Say the number sequence 0 to 100 by:
• 1s forward between any two given numbers
• 1s backward from 20 to 0
• 2s forward from 0 to 20
• 5s and 10s forward from 0 to 100.
2. Subitize (recognize at a glance) and name familiar arrangements of 1 to 10 objects or dots.
3. Demonstrate an understanding of counting by:
• indicating that the last number said identifies “how many”
• showing that any set has only one count
• using the counting-on strategy
• using parts or equal groups to count sets.
4. Represent and describe numbers to 20, concretely, pictorially and symbolically.
5. Compare sets containing up to 20 elements, using:
• Referents • one-to-one correspondence to solve problems.
6. Estimate quantities to 20 by using referents.
7. Demonstrate an understanding of conservation of number.
8. Identify the number, up to 20, that is:
• one more
• two more
• one less
​• two less than a given number.
9. Demonstrate an understanding of addition of numbers with answers to 20 and their corresponding subtraction facts, concretely, pictorially and symbolically, by:
• using familiar mathematical language to describe additive and subtractive actions
• creating and solving problems in context that involve addition and subtraction
• modelling addition and subtraction, using a variety of concrete and visual representations, and recording the process symbolically.
10. Describe and use mental mathematics strategies (memorization not intended), such as:
• counting on and counting back
• making 10
• using doubles
• thinking addition for subtraction  for basic addition facts and related subtraction facts to 18.
​

PATTERNS AND RELATIONS
Patterns • Use patterns to describe the world and to solve problems.
Variables and Equations • Represent algebraic expressions in multiple ways.